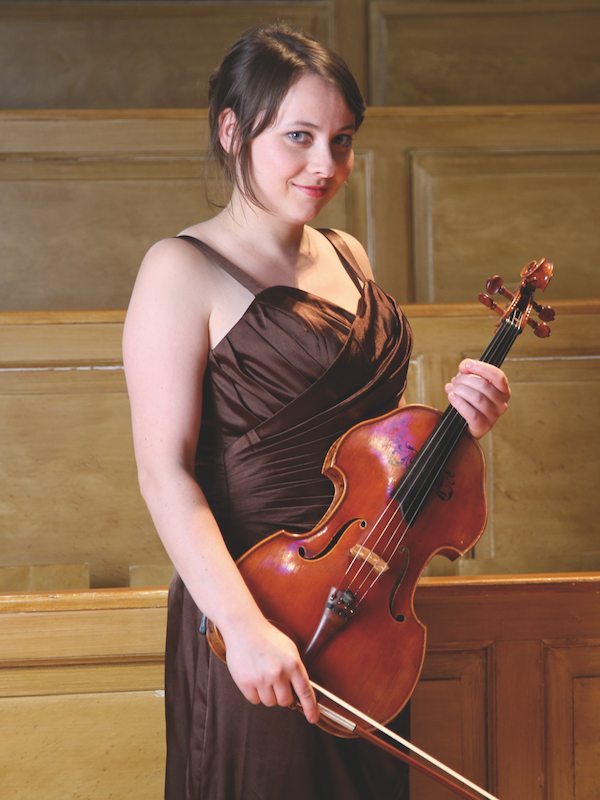 Katya Gorovaya was born in Moscow in 1986, and moved to Boston, USA when she was 3 years old. Katya began playing the violin at age 5. Her first 6 years of studies were with the late Zinaida Gilels and continued with various members of the Boston Symphony Orchestra. After completing her Bachelor degree in Montreal with Tom Williams, Katya moved to Switzerland.

She enjoyed work with various orchestras, performing in the world­renowned KKL. Her vast orchestral experience has led her on tours through Canada, Europe, and South America. She has participated in chamber music festivals and masterclasses all around the world including Turkey, Israel, Nice, Switzerland, Canada, and America.

In 2010, from the recommendation of Gilad Karni, Katya began her Master's diploma studies with Karni at the Lausanne Conservatory on viola, and won the audition for a internship with the world­renowned Tonhalle Orchestra in Zurich.

She has had the pleasure to play with such conductors as David Zinmann, Kurt Masur, Sir Marc Elder, and Bernard Haitink. In her short career as a violist, she has already had the unique opportunity to work closely on her solo playing with musicians such as Michael Kugel, Gilad Karni, Nabuko Imai, Vladimir Mendelssohn, Christoph Schiller, and members of the Berlin Philharmonie.

She currently works as a member of the Hulencourt Soloists Chamber Orchestra, directed by Guy Braunstein, the Zakhar Bron Chamber Soloists, the Young European String Camerata, and as a substitute in several Symphony orchestras.

She plays on a beautiful and uniquely painted viola made by Hiroshi Iizuka.