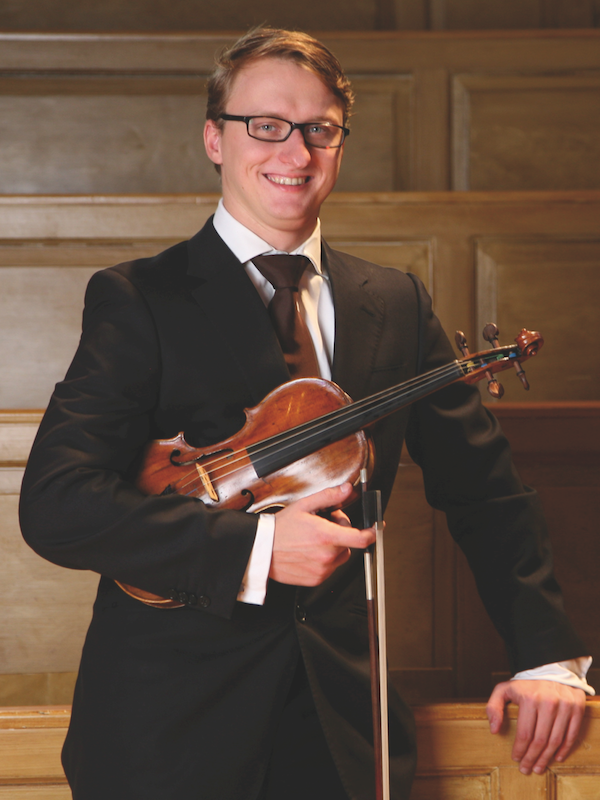 Bartlomiej Ciaston was born in 1987. At age of 12 he had his debut as soloist with the Legnica Symphonic Orchestra.

During the last few years he has been a laureate of several national competitions for young violinists in Stalowa Wola, Wroclaw, Legnica and Poznan. An important event in his musical career was winning the second prize in the IV International Violin Competition in Schoss Zell an der Pram in Austria. This event allowed him to start cooperation with outstanding professors such as Igor Ozim, Rudolf Koelman, Ida Haendel and Bartlomiej Niziol, and led to a major increase of his concert activities.

In November 2009 during The 2nd International Wilhelm Ernst and Karol Szymanowski Competition he was awarded The Special Prize. As a soloist he has performed with the Ensemble Orchestral of Brussels, Wrocław Philharmonic Orchestra, Euro Iuvenis Sinfonica and The Open Musical Safety Pin Philharmonic, (J&S Pro Bono Poloniae Foundation). He performed in concert halls such as the Philharmonie halls in Berlin, Munich and Dresden; in the Tonhalle Zurich, and others in Belgium, Poland, Austria, China and Mexico. He has also appeared with orchestras as such as Orchestre de l'Opéra National de Belgique, Chamber Orchestra Leopoldinum,Breslau, Klassik Radio Proms Orchestra, Orchestra Wratislawia, Brussels Philharmonic and many others.

Spending a lot of time playing chamber music, he has appeared in many festivals such as Festival Internacional CERVANTINO, Princess Daisy International Chamber Arts Festival, Kunsthaus Muerz, Festival Musiq3, Moritzburg Festival Academy and the Aurora Star Music Festival. Between 2011 – 2013 he received scholarships from the Polish Minister of Culture and National Heritage and the Belgian Government for extraordinary achievements in the field of promotion of culture.

Since 2010 Bartlomiej has been a student at the Royal Conservatory of Brussels.