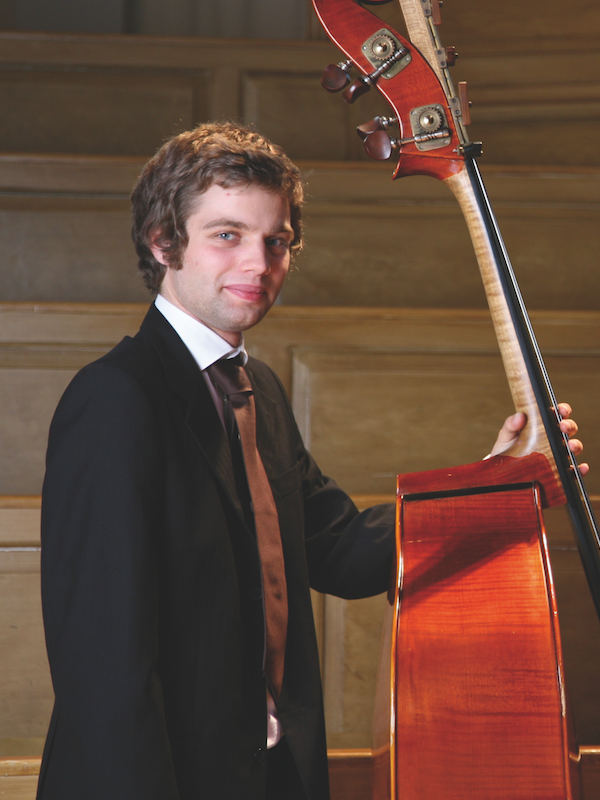 Elias Bartholomeus started playing the violin at the age of 5. One year later he exchanged the violin for the cello and 4 years later he left the cello for percussion. He had lessons at the music academies of Zaventem and Anderlecht from Luc Artois and Erik Taelemans.

He started studying double bass at the age of 10 with Gaby Fragner and later on with Joost Maegerman. In 2006 he had lessons with Pascal Smet and Miguel Meulders at the Muziekacademie Anderlecht. As a percussionist he already performed in musical productions such as Oliver Twist and Fiddler On The Roof and played the double bass in the Brussels International Youth Orchestra.

In 2007, Elias enterred the Kunsthumaniora Brussel for percussion with the following teachers: Erik Taelemans, Jean-Philippe Komac and Jan Samyn.

Three years later, he made the decision tomake double bass his priority instrument and joined Ruben Appermont's class (also in the Kunsthumaniora Brussel). This choice was the result of the admittance in the double bass vlass of Christian Vander Borght at the Conservatoire Royal de Bruxelles as Jeune Talent in 2009.

In 2010, he was a laureat from the Rotary-Breughel competition for strings with his interpretation of the Sonata by W. De Fesch and the concerto in A by D. Dragonetti.

Elias played in various projects and ensembles. He is principal double bass player at the Brussels Sinfonietta chamber orchestra. As a soloist he performed the double bass concerto by F.A. Hoffmeister with this same ensemble in 2011.

More recently he played with the orkestacademie of deFilharmonie conducted by Edo de Waert and with the Dutch National Youth Orchestra (NJO) as principal bass player in two projects conducted by Milòs Valent and Clark Rundell.