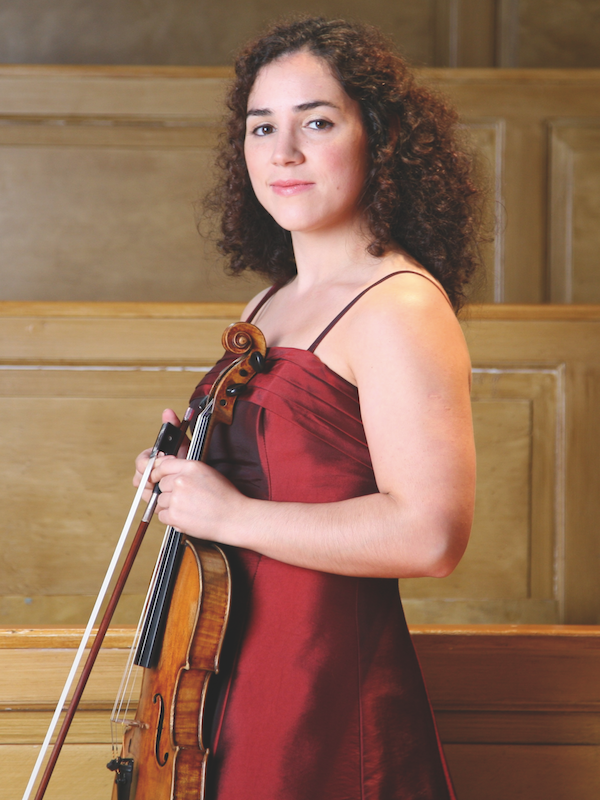 Born in Covilhã − Portugal in 1987, began her musical studies in 1999 at Escola Profissional de Artes da Beira Interior in the classes of Clara Ramos, António Martelo and António Oliveira e Silva. She enrolled in 2005 in the Escola Superior de Música de Lisboa where she attended the classes of professors Antonio Anjos, Irene Lima and Paulo Pacheco, graduating in 2008 with distinction. In order to further pursue her studies she enrolled for a Master's degree at the Royal conservatory of Brussels in the class of Yuzuko Horigome (1st prize Queen Elisabeth competition 1980) where she graduated in 2012 with distinction.

Joana was honoured by the city of Covilhã for merit obtained in highschool education, and in the same year was 1st prize-winner in the 5th edition of PJM Prémio Jovens Musicos 2005, in chamber music. In 2011 she was awarded the Covilhanense Prize in the International Strings CompetitionJulio Cardona in Portugal.

She held a scholarship for two years with the Orquestra Sinfónica Juvenil in partnership with the Portuguese foundation EDP (2006/07, 2007/08), where she had the opportunity of performing as soloist. She is also a scholarship holder from Fundação Calouste Gulbenkian for the fourth consecutive year (2013/14).

Currently she is enrolled at the Hochschule für Musik und Tanz Köln in the class of Emilian Piedicuta where she is studying for a masters in orchestral playing, in collaboration with Orchesterzentrum NRW. In October 2012 she was selected as an academist in Mahler Chamber Orchestra and since September 2013 has been an intern at the Deutsche Radio Philharmonie Saarbruecken Kaiserslautern.

Joana is a founder-member of the Portuguese Chamber Orchestra and the YES-Young European String Camerata.